Vehicle Identification Numbers, or VINs, are a cornerstone of the global automotive industry, and have been in use since 1954 in the United States.  Different manufacturers, however, used their own unique formats until 1981, when the National Highway Traffic Safety Administration (NHTSA) standardized the current 17-character VIN, and made it a requirement for all on-road vehicles sold in the U.S.  The VIN is a unique identifier of a vehicle from the date of manufacture to the date of destruction and is vital to uniquely identifying vehicles for new and used vehicle sales, service, registration, insurance, and legal purposes (thefts, accidents, litigation).

SAE International® is the registration authority for assigning the first 3 characters of the VIN, also known as the World Manufacturer Identifier (WMI) code.  The WMI code is 3 characters for the large manufacturers but it is 6 characters for the smaller manufacturers producing less than 900 units per year.  Based on the SAE J1044™ standard and ISO 3780 standards, the WMI denotes the region, country, and manufacturer of the vehicle, and in some cases also the vehicle category (i.e. truck or bus) or the brand or division (Chevrolet, Lincoln, Dodge, etc.) within the manufacturer’s lineup.  The remaining characters of the VIN establish the vehicle description (i.e. platform, body type, engine), model year, production plant, and serial number, as well as a check digit to ensure accurate data.

Off-road vehicles (ORVs) such as ATVs, UTVs, dirt bikes and snowmobiles were originally assigned VIN numbers until 2005, when NHTSA clarified that SAE International should only assign WMI’s to the on-road vehicles directly under its regulatory jurisdiction.  Faced with the possibility of the emergence of inconsistent formats from competing manufacturers, SAE International worked with ORV manufacturers to establish a sister program to the existing VIN program.  The WMC/PIN program, managed by SAE Industry Technologies Consortia®, provides an ISO-compatible World Manufacturer Code (WMC) that is consistent with and takes the place of the WMI within a 17-character Product Identification Number (PIN) for off-road vehicles.

"The PIN not only provides a unique identifier for each off-road vehicle produced, it does so by mirroring the NHTSA VIN standard," according to Jake Maki, Vice President and General Manager of DataOne Software.  "By taking this approach, off-road dealers and manufacturers can benefit from the VIN-driven technology that has already been developed and drives most marketing, sales, finance and insurance of on-road vehicles,"  Maki has written extensively about the history and structure of the PIN for off-road vehicles.

The continued availability of a standardized format for identifying these vehicles has been an essential catalyst for the continued growth of the global ORV industry, which is expected to expand by 16% annually, to nearly 1.8 million units sold per year by 2028.  The U.S. market accounts for more than half of the global market for off-road vehicles due to its large expanses of public lands, vast network of unpaved roads, and large ranches and farms across the country.  While recreation is the dominant use of ORVs, other applications include use in agriculture, hunting, military, construction, and other industries.

While the supply chain for the ORV industry includes many of the same raw material and component suppliers that support the passenger vehicle industry, manufacturing is consolidated among a handful of companies.  ORVs are sold through a network of franchised and independent powersports dealers, similar to the passenger car market.

35 states now require some form of registration for off-road vehicles, and 31 states require them to be titled like on-road vehicles.  In addition to being an essential component of registration, titling, financing and insurance coverage, the use of Product Identification Numbers is a component in two ANSI standards, ANSI/ROHVA – 1, and ANSI/SVIA – 1, relating to ROVs and ATVs respectively. Additionally, the ATV standard has become a federal requirement by adoption of the standard as regulation by the Consumer Product Safety Commission, which regulates ATVs and ROVs in the U.S.

But the benefits of the PIN system extend far beyond those transactional processes.  Since so much of the sale and resale of vehicles now takes place online, the PIN system provides a seamless platform for off-road vehicle inventory management and promotion on a myriad of retail websites and portals.  Unique vehicle identification ensures an efficient marketplace that helps keep residual values high on ORVs.

"This [PIN standard] provides benefits to everyone involved with off-road vehicles, from the OEM, through the dealer, right down to the individual making a purchase," according to Maki. 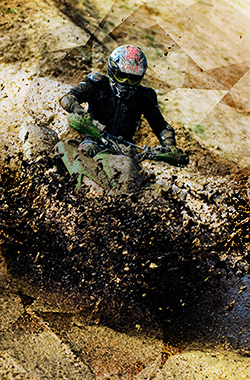